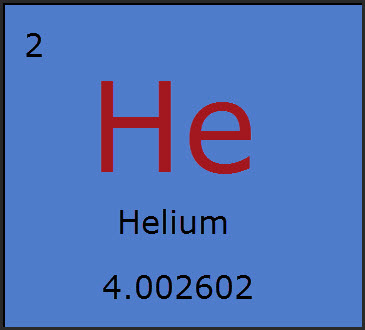 Scientists say they have discovered a huge helium gas field using a new exploration technique. The researchers say it could help address a critical shortage of the gas which is used in MRI scanners, welding, nuclear energy, industrial leak detection and birthday balloons.

The research group from Oxford and Durham universities worked with a Norway based helium exploration company named Helium One. They say the huge field was discovered in Tanzania. They believe the field is trapped within the Tanzanian East African Rift Valley, where volcanoes have released helium from ancient deep rocks and trapped the helium in shallower gas fields.

Diveena Danabalan, of Durham University's Department of Earth Sciences, says in a statement, "We show that volcanoes in the Rift play an important role in the formation of viable helium reserves. Volcanic activity likely provides the heat necessary to release the helium accumulated in ancient crustal rocks. However, if gas traps are located too close to a given volcano, they run the risk of helium being heavily diluted by volcanic gases such as carbon dioxide, just as we see in thermal springs from the region. We are now working to identify the 'goldilocks-zone' between the ancient crust and the modern volcanoes where the balance between helium release and volcanic dilution is 'just right'."

Professor Chris Ballentine, Department of Earth Sciences, University of Oxford, says, "We sampled helium gas (and nitrogen) just bubbling out of the ground in the Tanzanian East African Rift valley. By combining our understanding of helium geochemistry with seismic images of gas trapping structures, independent experts have calculated a probable resource of 54 Billion Cubic Feet (BCf) in just one part of the rift valley. This is enough to fill over 1.2 million medical MRI scanners."