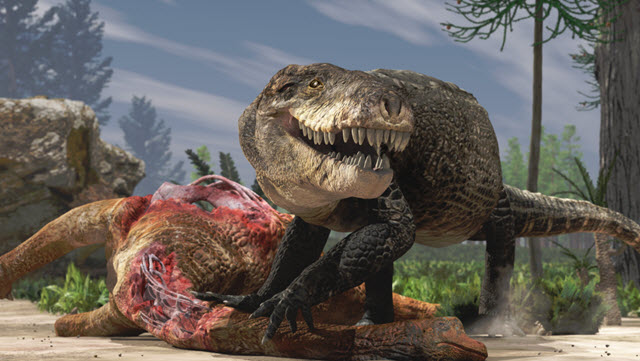 Scientists have identified an ancient croc-like creature based on fossils discovered in Madagascar. It is described by researchers from the National History Museum in Milan. It belonged to animal group known as notosuchians. Researchers say it may have been the largest non-marine mesoeucrocodylian of the Jurassic.

The name Razanandrongobe sakalavae means "giant lizard ancestor from Sakalava region." It has been nicknamed Razana. BBC News reports that it would have been a top predator of its time 170 million years ago in Madagascar. 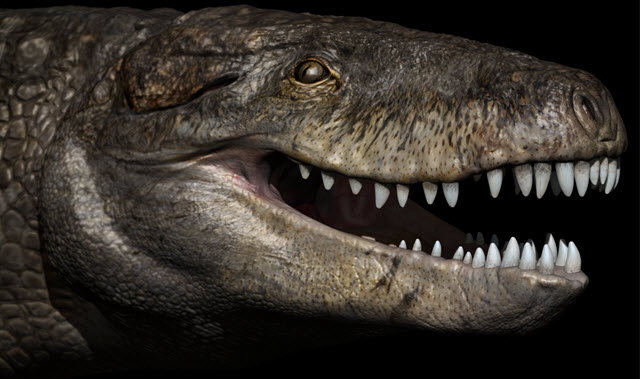 This particular Razanandrongobe is estimated to have measured around 22 feet (7 meters) in length and weighed up to 2,200 pounds (1000 kg). Cristiano Dal Sasso, from the Natural History Museum in Milan, Italy, told BBC News, that some adult salt-water crocs can reach this size today. A Newsweek story says scientists think the largest members of the species could have measured as long as 39 feet, much bigger than today's crocs. As Gizmodo points out Razana also had a much larger head than modern crocs that was full of serrated teeth. It also lived on land unlike crocodiles and alligators.

Dal Sasso says, "Like these and other gigantic crocs from the Cretaceous, 'Razana' could outcompete even theropod dinosaurs, at the top of the food chain."

A research paper on the new species was published here in the journal, PeerJ.