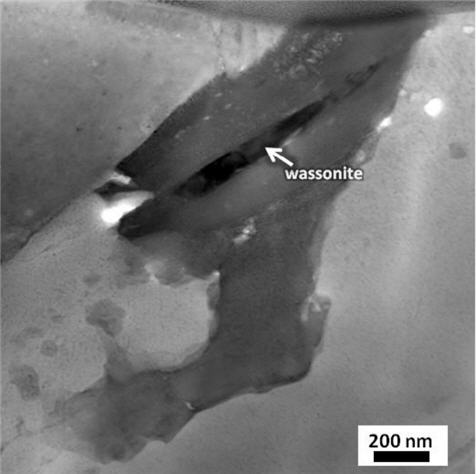 NASA and co-researchers from the United States, South Korea and Japan recently announced they have found a new mineral named "Wassonite" in a meteorite recovered in Antarctica in December 1969.

NASA space scientist Keiko Nakamura-Messenger says, "Wassonite is a mineral formed from only two elements, sulfur and titanium, yet it possesses a unique crystal structure that has not been previously observed in nature."

The mineral is less than one-hundredth the width of a human hair or 50x450 nanometers. It would have been impossible to discover the mineral without NASA's transmission electron microscope, which is capable of isolating the Wassonite grains and determining their chemical composition and atomic structure.

You can see more images of wassonite here (PDF file) in the NASA press release.