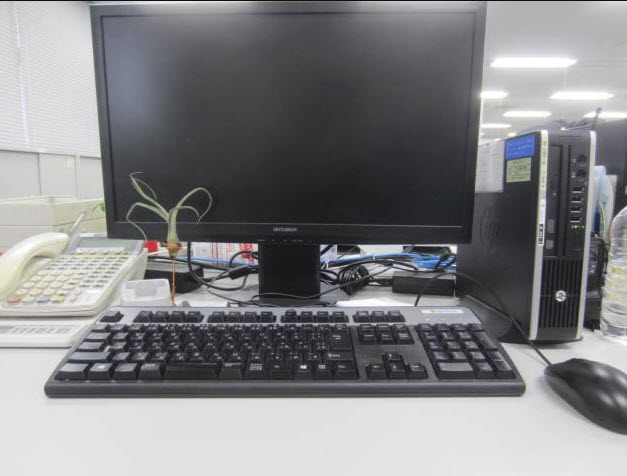 Researchers from the University of Hyogo in Awaji, Japan conducted a study that found caring for a small plant at work can help reduce stress. A small air plant that was one of the plants used in the study is pictured above.

Toyoda and his team investigated changes in psychological and physiological stress before and after placing a plant on the workers' desks. The study followed 63 workers and used air plants, bonsai plants, san pedro cactus, foliage plants, kokedama, or echeveria. Each plant used in the study was chosen and cared for by the worker.

Masahiro Toyoda, the leader of the research team, says in the announcement, "At present, not so many people fully understand and utilize the benefit of stress recovery brought by plants in the workplace. To ameliorate such situations, we decided it essential to verify and provide scientific evidence for the stress restorative effect by nearby plants in a real office setting."

The researchers say the data shows that worker stress decreased significantly with the addition of a plant. They also say the findings did not skew when looking at the data within the various age groups of the workers or with different plant selections.

Participants were provided routine visual access to plants by having their choice of plant situated conveniently on their desks (a passive involvement with plants). They also had the opportunity to care for their plant (an active involvement with plants). Furthermore, the researchers considered that intentionally gazing at the plant was, though not involving physical movement, an active interaction with plants that office workers could do quickly and easily at their desks.

It was a small study involving 63 people but the researchers conclude that "placing small plants within close sight contributed to psychological stress reduction across the board." Adding an easy to care for plant like an air plant may be a great idea for workers stuck at a desk most of the day.

The study, "Potential of a Small Indoor Plant on the Desk for Reducing Office Workers' Stress," was published in the journal HortTechnology. The journal is published by the American Society for Horticultural Science.