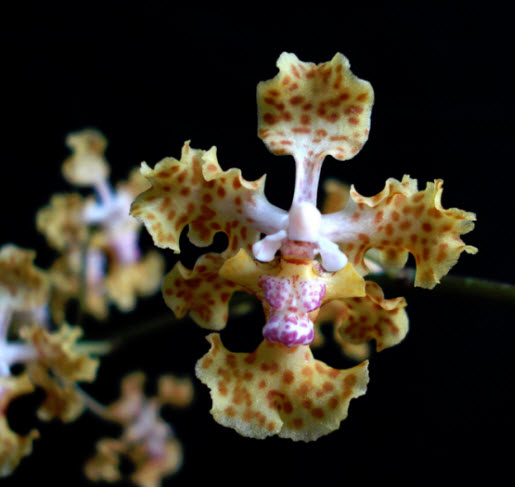 Katia Silvera, a postdoctoral scholar at the University of California, Riverside, discovered a new orchid species. The orchid, Lophiaris silverarum, is known to grow only in central Panama.

Silvera discovered the orchid on a field trip with her father in a mountainous area in central Panama. They contacted, German Carnevali, a world authority on orchids, and it turned out to be an unnamed species. Carnevali recently named it after the Silveras. The genus name, Lophiaris, comprises about 40 species in the world.

Silvera says, "The diversity of orchids is best seen in the tropics, where, unfortunately, habitat is being destroyed very fast. As a result, we are rapidly losing the diversity of orchid species. Although there are many orchid species unnamed in nature, it is actually quite difficult to determine for sure that an orchid is unnamed. They are difficult to find and difficult to tell apart. Orchid species are the raw materials for hybrids, and there is a lot to discover about how these species evolved and became such a successful group. Orchid research will only thrive if efforts to conserve tropical rainforests are put in place."

Silvera says her and her father are trying to grow to flower commercially. She says it grows slowly and will take many years before it available to the public.

Silvera says, "We are in the process of propagating the species in vitro in Panama for commercial purposes. My father, Gaspar Silvera, is the owner of a small orchid company in Panama that specializes in propagating native orchid species but because L. silverarum grows slowly, taking about four years to reproduce in vitro, from seed to the first bloom, it will take many years before it is available to the public in Panama first, and then made commercially available outside of Panama."

A research paper on the new orchid is published here in Phytotaxa.