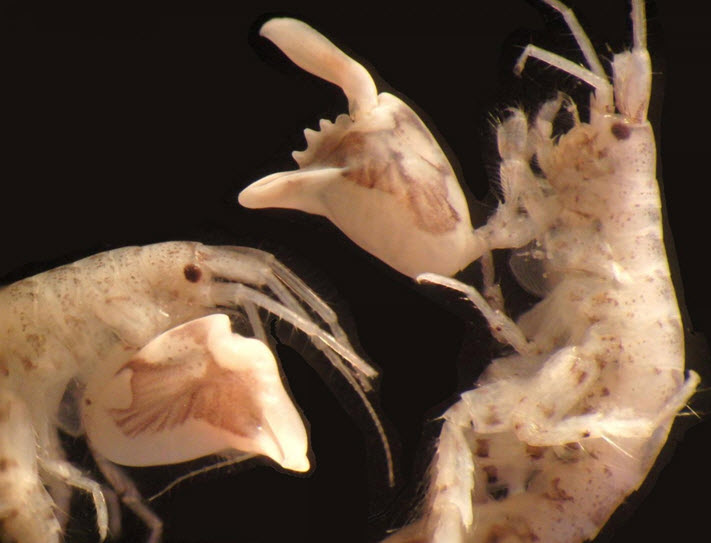 Researchers at Duke University have discovered that a tiny crustacean can rapidly snap its giant claw. The little amphipod snaps its claw shut 10,000 times faster than the blink of a human eye. The sound of the claw snapping can be heard outside the water.

The claw is found on male species of the amphipod, Dulichiella appendiculata. The claw's size is up to 30% off the body mass of an adult. The amphipod itself is the size of a sunflower seed.

Sarah Longo studied the amphipods for her postdoctorial studies at Duke. She says, "There appears to be a cutoff where you are going so fast that you inherently have to give up repeatability. These animals are showing how fast you can actually go without breaking."

Sheila Patek, a professor at Duke Biology and senior author on the paper, says, "Hanging in debris, off a dock, in some junky algae, are creatures whose capabilities we didn't even know existed. This is what happens if you take a second look at a weird animal and just take the time to figure out what they are doing."

A research paper on the discovery was published in Current Biology. Here's a video about the fast claw snapping amphipod.