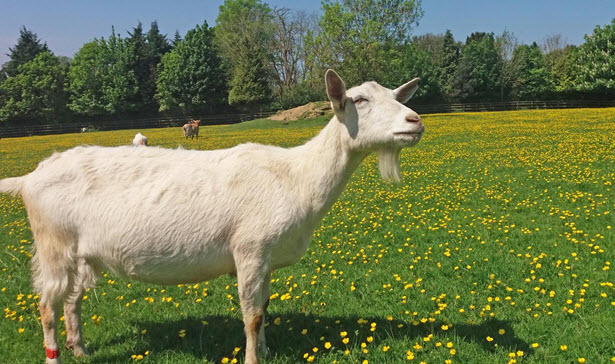 Scientists have determined that goats are better problem solvers that sheep. Researchers from Martin Luther University Halle-Wittenberg (MLU) and the Leibniz Institute for Farm Animal Biology (FBN) observed goats and sheep attempting to navigate obstacles reach food in the study.

In the experiment one animal at a time was led to the end of a small enclosure. Another person stood at the opposite end offering food. A fence with a gap was to block the path to the person with the food.

The researchers observed the animals' behavior and recorded the time it took them to reach the food. After a few rounds, the position of the gap in the fence was changed. The animals then repeated the test. A total of 21 goats and 28 sheep completed the experiment.

The researchers say both animals were initially puzzled by the new position of the gap but that goats did better overall.

Study co-author Dr Britta Osthaus from Canterbury Christ Church University says, "Goats appear to adapt better and more accurately to new situations and move with less perseveration around the obstacle when the gap has changed. This suggests that they are more cognitively flexible than sheep."

The image above shows a sheep going through the gap towards the food in one of the trails. The research paper was published in Royal Society Open Science.

The researchers not that goats and sheep have different foraging strategies which could explain the results. Dr Camille Raoult from MLU, who led the study, says, "While sheep are grazers, goats are browsers and prefer buds and fresh shoots." 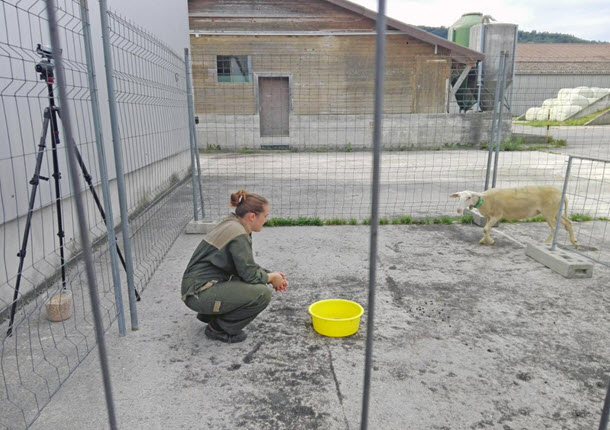