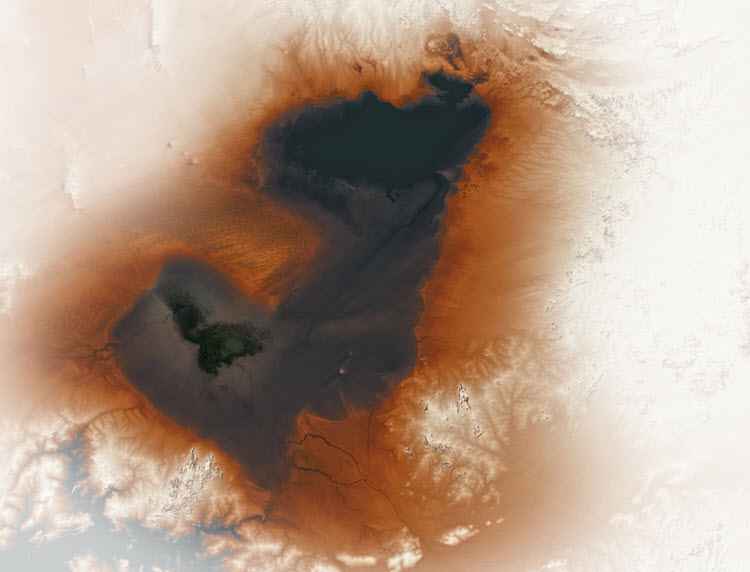 The image above shows a NASA Earth Observatory image of the remnants and former shorelines of the once huge lake. The image was created by Joshua Stevens using topographic data from the Shuttle Radar Topography Mission (SRTM) and Landsat data from the U.S. Geological Survey.

NASA reports that the lake would have been larger than the Caspian Sea, the biggest lake on Earth today.

The modern Lake Chad is still a source of water for people in Africa but it has shrunk by 90s since the 1960s as the BBC reports and continues to shrink.