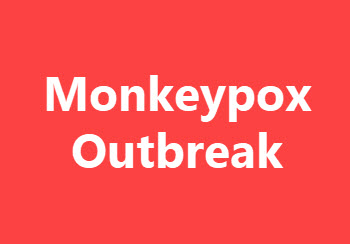 Monkeypox is a global health threat. Here you will find our latest coverage of the global monkeypox outbreak.

A patient with monkeypox has died in Ohio. This is the third death from the virus in the United States. CNN is reporting that the CDC recently issued a new warning about severe illness caused by the virus in some people.

Austin has declared a public health emergency over monkeypox. They have 68 cases in Austin so far according to Axios. Most cases are in gay and bisexual men so far with Texas cases but Axios says nine women and two children in Texas have contracted monkeypox out of of 700+ cases.

The Biden administration is planning to declare the monkeypox outbreak a public health emergency according to a CNN reports. There are now over 6,600 cases with hundreds of new cases daily. Robert Fenton, a FEMA regional administrator, was appointed as the monkeypox czar earlier this week.

California and Illinois have both declared states of emergency because of growing monkeypox outbreaks. They join New York to make three states with declarations so far.

The CDC says there over 5,000 cases in the U.S. The latest case count data can be found on CDC.gov. The U.S. has gone from just a few cases reported a day in latest June to hundreds of new cases daily by mid-July. Reports of a thousand plus cases a day do not look far away with the way virus growth is trending.

New York City has declared a state of emergency over monkeypox. There are over 1,500 cases statewide.

CNN's Dr. Sanjay Gupta has written an article about how the U.S. appears to be making similar mistakes that were made in the Covid-19 response.

The pandemic, which has held the United States and almost every other country in its grip, should have taught us valuable lessons about how to manage a public health emergency, but it seems we are making some of the same mistakes we made not even three years ago, when the SARS-CoV-2 virus started to spread.

The first deaths from monkeypox have been reported outside of Africa. PBS Newshour reports that Spain and Brazil have each reported deaths from the virus. India has also reported one death.

The WHO Director-General recognizes the complexities and uncertainties associated with this public health event. Having considered the views of Committee Members and Advisors as well as other factors in line with the International Health Regulations, the Director-General has determined that the multi-country outbreak of monkeypox constitutes a Public Health Emergency of International Concern.

A rash or rashes on the body near the genitals or anus may be reported. It can also be on the hands, feet, chest, face or mouth. Other symptoms include fever, headache, muscle aches, chills and exhaustion. See the CDC for a complete list of symptoms.