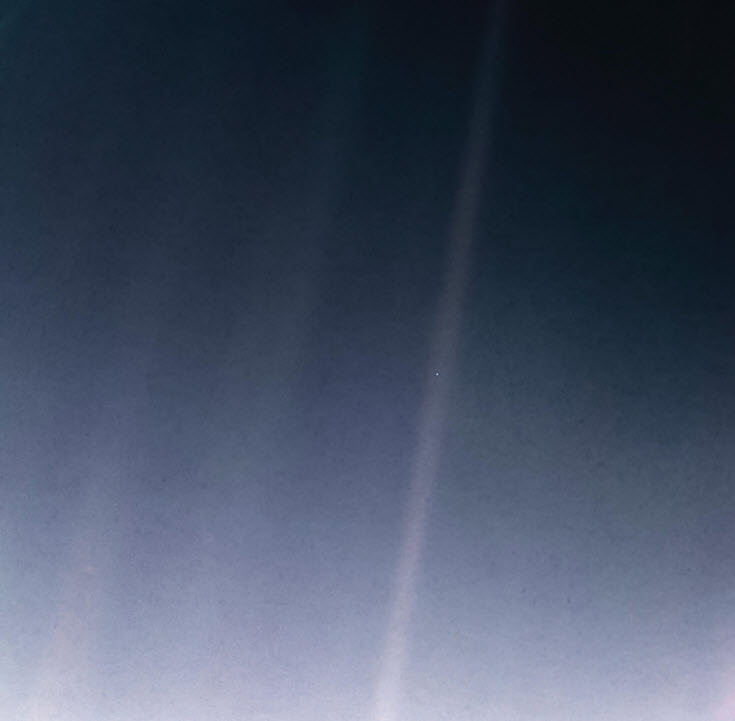 NASA's Jet Propulsion Laboratory (JPL) has shared a new version of the image known as the Pale Blue Dot. The original image was taken by Voyager 1 during NASA's Voyager mission in 1990.

As the Planetary Society notes, Carl Sagan referred to the image in his 1994 book, Pale Blue Dot: A Vision of the Human Future in Space. Sagan wrote, "Look again at that dot. That's here. That's home. That's us. On it everyone you love, everyone you know, everyone you ever heard of, every human being who ever was, lived out their lives."

NASA says the new version - like the original - shows Earth as a "bright speck within the sunbeam just right of center and appears softly blue."

You can find downloads of the new Pale Blue Dot image in various sizes on jpl.nasa.gov. This page also provides links to the original version. The new image was republished to to commemorate the 30th anniversary of the Family Portrait of the Solar System and the Pale Blue Dot image.