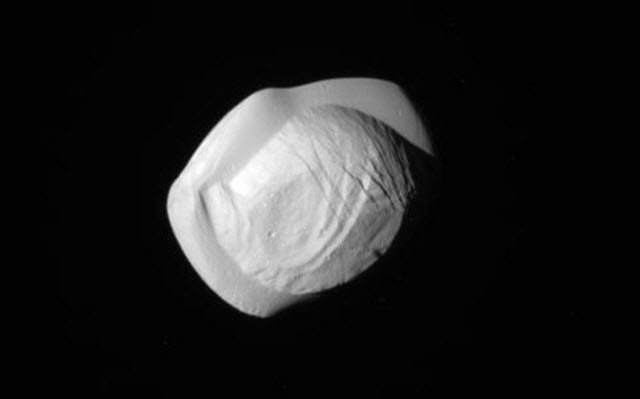 NASA's Jet Propulsion Laboratory recently revealed new images of Saturn's moon Pan. The shape of the moon has space reporters comparing it to a ravioli, fried egg and empanada.

The images were taken by NASA's Cassini spacecraft on March 7, 2017. The Cassini flyby came within 24,572 kilometers (15,268 miles) on its closest approach. They are the closest images ever taken of Pan.

Pan is the innermost of Saturn's moon. The tiny moon has a mean radius of just 8.8 miles. It orbits Saturn every 13.8 hours. NASA says a prominent equatorial ridge gives Pan its unique shape. It was first discovered in 1990 by M.R. Showalter using images taken by Voyager 2. 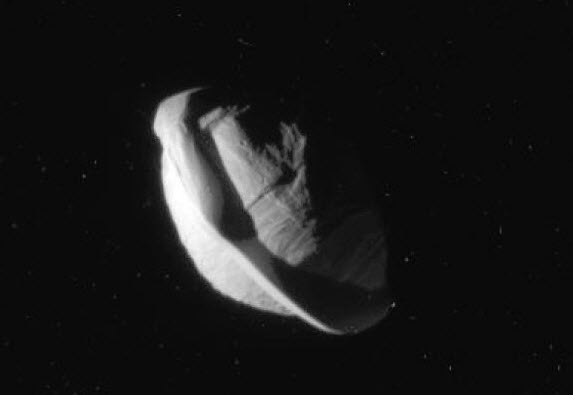